Skip to content
Due to Covid 19, we are available for therapy via online video wherever you may be in the country.

At some point during all of our lives, we’ve all experienced some sort of bullying; whether we’ve been bullied or bullied someone else. Here at Fresh Thinking Therapy we’ve seen many people come in through our doors or over a video call looking for help to come to terms with the effects of bullying on how they can move forward with it mentally. Bullying even during childhood can manifest itself well into adulthood and could hold you back from being your best self in the future. The best time to deal with the effects of bullying is now.

How Common is Bullying?

According to the national bullying statistics by Ditch the Label (2016), 1.5 million young people were bullied within that year alone. This is a startling number but not as tragic to the low numbers who don’t seek help.

Bullying can take many forms, it can be physical, verbal, social or psychological as well as physically violent and it can happen to anyone whether it is in work, school or at home. It is repeated aggressive behaviour by a person or group that is directed at another person or group and is intended to cause harm, distress or fear. It can include being teased, called names, putting someone down making threats, spreading rumours, being pushed or pulled about, having money being taken, attacking someone (physically or verbally) or deliberately excluding someone from the group.

What is the Most Common Form of Bullying?

One of the most common issues that children and young people are being bullied for are related to body image. This includes being fat or too thin, height, clothes, makeup, weight and so on. Another common issue is sexual bullying and examples of this can include comments about physical appearance during puberty, being inappropriately touched, sexually explicit verbal bullying and being pressured to do things. When certain racial issues or events occur in the media, racially motivated bullying tends to increase. So for example, when the Paris attacks happened a couple of years ago, more children from muslim backgrounds were being targeted. LGBTQ+ children are often afraid of being bullied, particularly if they hear homophobic comments around school. Other common bullying issues include having a disability or chronic health condition such as autism, Attention Deficit Hyperactivity Disorder (ADHD), dyspraxia or dyslexia. Children who use online gaming or social networks are sometimes subject to being ganged up on and belonging to a gang can bring about problems too. Children who belong to gangs are sometimes pressurised to do something they don’t want in order to fit in. Whatever the situation and however it happens, there is no justification for bullying.

Whatever form bullying takes, being bullied can have a huge impact on a young person’s life, impacting on their self esteem and mental health. It is common for children who are being bullied to develop other kinds of anxiety issues such as social anxiety, depression, obsessive compulsive disorder (OCD), eating disorders and panic attacks. Many bullied young people stop socialising with other children, withdraw and isolate themselves. They often find it hard to eat, sleep and feel confident in anything they do.

These after effects can then lead to even more serious problems and manifest in later life. If you are being bullied or perhaps your friend or child is being bullied and you’re not sure what to do then you’ve come to the right place. We believe speaking and out and speaking out is the first and most important step.

Where to go for Help

If your child is being bullied at school then it’s a good idea to write a letter to the headteacher and arrange a meeting. The headteacher can organise a support plan to help tackle the bullying. This plan should be given to you and other relevant people, it should be regularly reviewed and has your child’s interests at the heart of it. It might involve other organisations too and this is a good thing because the more support you and your child have access to, the better. Generally, schools anti bullying procedures are very effective. Unfortunately, some schools or organisations don’t respond appropriately or handle bullying well. If you are not happy with how things are going, you have tried to work with the school and a plan is not in place, you can contact the board of governors. If that has no effect, you can notify the local authority.

There are other organisations you can contact for advice and support. These include Ditch the Label (for digital and online support), Bullying UK, the National Bullying Helpline and your child can contact ChildLine for peer support or telephone/ online counselling.

When can Cognitive Behavioural Therapy help with Bullying?

Cognitive Behavioural Therapy (CBT) is usually recommended when the actual bullying has stopped but the effects still linger. This is so your child has the energy and mental space to learn new techniques and recover.

CBT is a problem solving therapy. It offers a safe space to speak out about how the bullying affected your son or daughter. The focus on problem solving empowers your child and provides life long skills to improve their emotional wellbeing. For example, a young person might have stopped doing the things they used to enjoy just in case they are criticised or judged by others. Some of the strategies could be to help them develop assertiveness skills so they can handle any form of criticism with confidence. The key part of therapy might be to develop resilience and restore confidence so that your son or daughter can return to fulfilling their potential.

If your child has been bullied at school or has been bullying other children, why not give me a call to see how I can help. We are based in Ormskirk or Liverpool if you want to arrange face to face therapy sessions. Either way, don’t sit in silence – we are here to help! 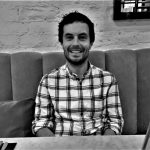 The Benefits On Our Children’s Well Being From Nature 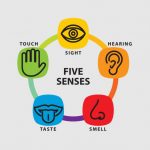 Feeling anxious? Have a Mindful Moment 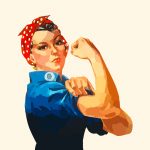 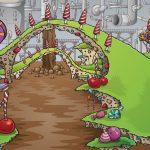 A Tip To Help Soothe Your Child

🌳 #MentalHealthAwarenessWeek starts tomorrow! We want to grow awareness of the role nature can play in preventing distress and creating good mental health for all 💚 #ConnectWithNature

A nice reminder of practical grounding techniques by @YoungMinds Activist Kerry. Next time you feel anxious, try one of these.